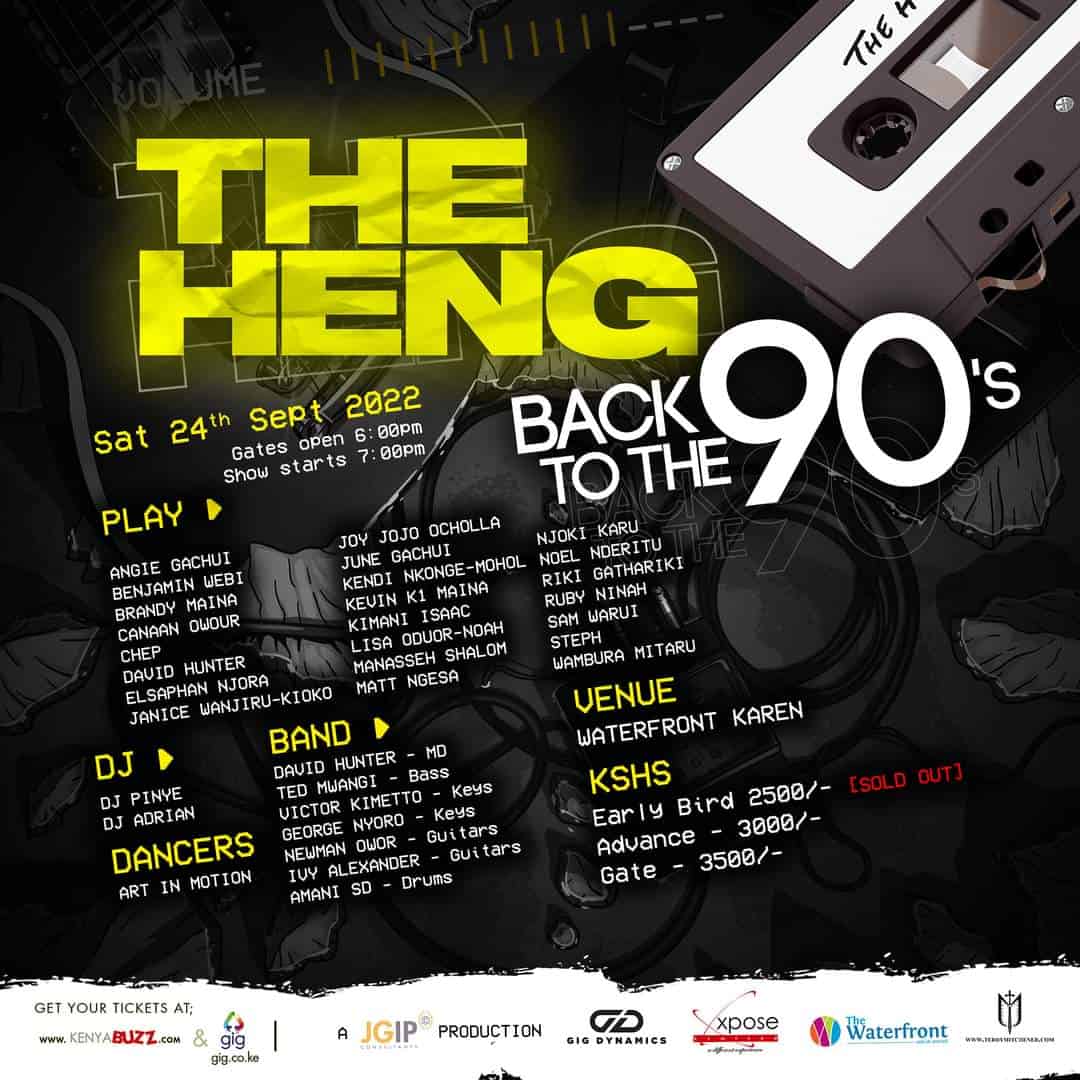 The Heng…
… a musical concert that aims to bring back the nostalgia from the 90’s era. Like a blast of nostalgia, every single thing that happened in that transitional era is coming back for the third edition done in epic style!

Reminisce about the trend-setting era with some of the most iconic, indelible names in rap, hip hop, new jack swing and of course RnB. “The Heng” promises to bring the best of 90’s music and fashion. It’s more than just a revival concert, it’s a totally immersive, time-travelling experience, an upbeat party recreating the sights and sounds of 1990s chart music — all in living colour;-).

BGVs for the night are; Chep, Joy Ocholla, Riki Gathariki and Sam Warui.

DJ’s for the night; DJ Pinye and DJ Adrian.

Choreography and dance by Art in Motion.

Their captivating and powerful stage presence coupled with visual effects and an enticing set design presents an exciting experience that you shouldn’t miss!

The event is finished.